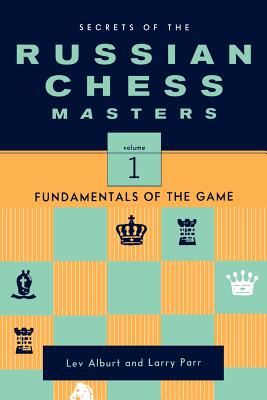 WE HAVE NUMEROUS COPIES. PAPERBACK. Library stickers on binding/cover, and library stamps and check-out sleeve inside cover.PLEASE NOTE THAT CD-ROM components, access cards/codes, digital license, and other supplemental materials may or may not be included based on availabilityâ€”INQUIRE PRE-PURCHASE IF YOU NEED THESE ITEMS INCLUDED. Moderate wear to cover/edges/corners. Layers are starting to split on some corners of cover. A few minor rips and tears to page and cover edges. Binding and cover solidly connected. School markings on/inside book cover and in book but none that affect usability. Black-out marks inside covers of book and on page edges.

Virtually all serious scientists accept the truth of Darwin's theory of evolution. While the fight for its acceptance has been a long and difficult one, after a century of struggle among the cognoscenti the battle is over. Biologists are now confident that their remaining questions, such as how life on Earth began, or how the Cambrian explosion could have produced so many new species in such a short time, will be found to have Darwinian answers. They, like most of the rest of us, accept Darwin's theory to be true.

But should we? What would happen if we found something that radically challenged the now-accepted wisdom? In "Darwin's Black Box," Michael Behe argues that evidence of evolution's limits has been right under our noses -- but it is so small that we have only recently been able to see it. The field of biochemistry, begun when Watson and Crick discovered the double-helical shape of DNA, has unlocked the secrets of the cell. There, biochemists have unexpectedly discovered a world of Lilliputian complexity. As Belie engagingly demonstrates, using the examples of vision, bloodclotting, cellular transport, and more, the biochemical world comprises an arsenal of chemical machines, made up of finely calibrated, interdependent parts. For Darwinian evolution to be true, there must have been a series of mutations, each of which produced its own working machine, that led to the complexity we can now see. The more complex and interdependent each machine's parts are shown to be, the harder it is to envision Darwin's gradualistic paths, Behe surveys the professional science literature and shows that it is completely silent on the subject, stymied by the elegance of the foundation oflife. Could it be that there is some greater force at work?

Michael Behe is not a creationist. He believes in the scientific method, and he does not look to religious dogma for answers to these questions. But he argues persuasively that biochemical machines must have been "designed" -- either by God, or by some other higher intelligence. For decades science has been frustrated, trying to reconcile the astonishing discoveries of modern biochemistry to a nineteenth-century theory that cannot accommodate them. With the publication of "Darwin's Black Box," it is time for scientists to allow themselves to consider exciting new possibilities, and for the rest of us to watch closely.